STREAMING SATURDAY!! The Best Classic Christmas Movie You May Never Have Heard of: THE CHEATERS

Welcome to another edition of Streaming Saturdays, where we embed a free, fun movie for you to watch right here every week!

Okay, my dears! Gather round the Yule log for The Cheaters, the heartwarming tale of a high-society family that exploits a homeless man at Christmastime while trying to cheat a starving actress out of her inheritance!

Okay maybe it’s not heartwarming right away… but it gets there. Oh and did I mention it’s a screwball comedy?

The clan’s matriarch and patriarch are played by Billie Burke and Eugene Pallette, because that was the law. (Though sometimes Walter Connolly or Edward Arnold stepped as head of the haughty household.) House-rich and cash-poor, the family hatches a scheme to shore up its shaky social standing by taking in a down-and-out actor who’d recently attempted suicide (Joseph Schildkraut)—and making sure anyone within a mile of a printing press knows about it.

Meanwhile, they discover their last hope of regaining their fortune—inheriting from a rich uncle—has all but vanished, as he left his estate to a struggling actress (Ona Munson, who brings some of the same jaded good-heartedness to this role that she brought to Belle Watling in Gone With the Wind). 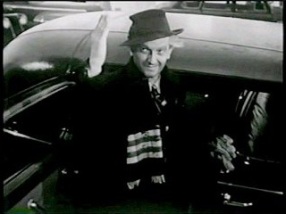 Maybe if a major studio had made The Cheaters, it would have become one of those movies that turns up every Christmas in the classic-film lineup. But it was churned out by Republic Pictures, more famous for its low-budget Westerns and adventure serials (as well as the occasional gem, such as The Quiet Man) than screwballs. It didn’t help matters that—shades of Miracle on 34th Street—the studio released the film in July. 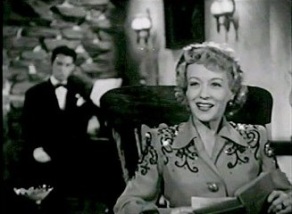 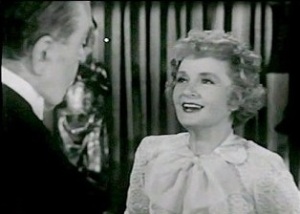 The story was originally bought in 1941 by Paramount, which planned to re-team Carole Lombard and John Barrymore seven years after their smash, Twentieth Century. It would have been sort of a mash-up of two of their most famous roles—Lombard reviving her My Man Godfrey turn as the wacky socialite who brings home a “lost man,” and Barrymore reprising his Dinner at Eight role as a washed-up actor. But when both actors died within months of each other the following year, Paramount’s heart went out of project, and the studio sold the story to Republic. Which actually did a crackerjack job with it, for all the good it did anybody.

It’s now in the public domain, and this was the best copy I could find; try to ignore the little “bug” in the upper left-hand corner. It’s worth it. And may all your holidays be happy, healthy, and grifter-free!