Thinking of Gail Russell today, on what would have been her 90th birthday. She had only 36 of them. 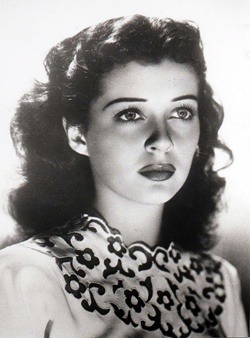 If Marilyn Monroe was a candle in the wind, Gail Russell was a matchstick in a hailstorm. That she became an actress at all was due to a twist of fate usually found only in bad movies, along with her mother’s fierce ambition. It seems that one day, Paramount’s head of casting, William Mieklejohn, picked up a couple of hitchhiking teenagers, who, upon learning who he was, began raving about a former classmate, comparing her to Hedy Lamarr. By then, Russell was enrolled in a technical college, pursuing painting, which provided the only sanctuary to the shy, often terrified girl.

“I was possessed with an agonizing kind of self-consciousness where I felt my insides tightening into a knot, where my face and hands grew clammy, where I couldn’t open my mouth, where I felt impelled to turn and run if I had to meet new people,” she would later recall in a fan magazine. “When my parents had guests, I would run, get under the piano and hide there.” 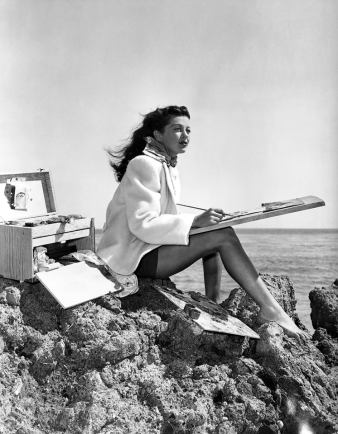 So it’s not surprising that when Mieklejohn finally tracked Russell down with the offer of a movie career, the prospect sickened her more than it thrilled her. Enter her mother Gladys, stage left. Gladys, it seemed, had once turned down a screen test herself, and was determined that her gorgeous daughter not make the same mistake. Moreover, the family was broke—even selling off the furniture to make the monthly mortgage payment.

“When I was discovered for the movies I was sleeping on the living room floor on newspapers,” Russell told one reporter. “I went for my first interview with paint all over my face—I’d been helping paint a room at the technical school. Paramount offered me a minimum salary, $50 a week, and Mom said, ‘Take it, we need the money.'” 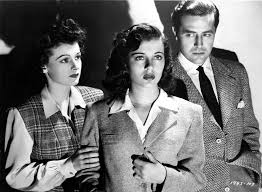 After making it through a couple of small roles with her nerves barely intact, Russell—who had just turned 20—was cast as the ethereal Stella Meredith opposite Ray Milland in The Uninvited, a prestige picture that Paramount was placing almost entirely on her slender shoulders. She was sometimes so frightened she literally could not speak, and when she did find her gentle voice, the words were often the wrong ones. Director Lewis Allen recalled having to cobble together many scenes from single line readings. However it came to be, Russell’s performance as a fragile young woman who is tormented by family ghosts is heartbreaking and unforgettable, and she deserves far more credit than any skillful director or editor.

But her triumph came at a cost she would pay for the rest of her short life. During filming, Russell began to rely on alcohol to steady her nerves. And while she made a few more memorable films during the 1940s, including Our Hearts Were Young and Gay and The Angel and the Badman, by the time the decade was over, so, for the most part, was her career. She was 25. 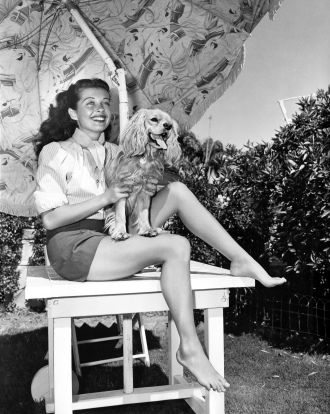 In 1950, Paramount declined to renew Russell’s contract, largely due to her worsening drinking problem, which had become impossible to conceal; she had already been convicted of one DUI. Then, in 1957, she drove her convertible through the window of a coffee shop on Beverly Boulevard, injuring a night janitor. Voyeuristic photos of the actress, looking scared, dazed, and much older than her 33 years, were smeared all over the tabloids.

On August 27, 1961, Russell was found on the floor of her studio apartment in Hollywood. It is believed she’d been there for at least a day, having succumbed to alcohol-related heart and liver disease.

Even in her studio pin-up shots, her sadness is impossible to miss. She looks truly happy only when she’s painting, or playing with her dogs, or walking along the water. In other words, when she’s free. I hope she is free now, and at peace. 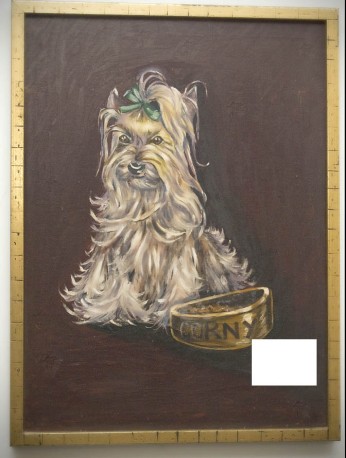