Welcome to another edition of Streaming Saturdays, where we embed a free movie for you to watch right here every weekend!

Is it ever enough just to be fabulous? Yeah, sometimes it is. Which brings us to this week’s movie. Ladies in Love isn’t a great film, but it has a crazy-good cast, brought into beautiful focus by one of the best cameramen in classic Hollywood. It’s also fast-paced and fun. And it’s probably the only movie you’ll ever see where being rescued after swallowing poison qualifies as “meeting cute.” 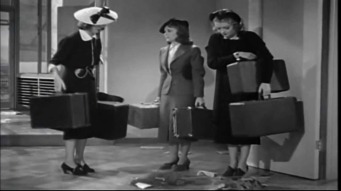 The ladies in question—who pool their pennies to spring for a more glamorous apartment—are Yoli (Constance Bennett), a gorgeous golddigger; Martha (Janet Gaynor), who simply yearns for a cozy home of her own; and Susie (Loretta Young), the most independent (well, for a minute there) of the bunch. Simone Simon is also on hand, which is always good news.

Yoli is torn between her social ambitions, which steer her toward uber-rich Ben (Wilfred Lawson), and her feelings for poor-but-kindly John (Paul Lukas). Martha must choose between an adorable doctor (Don Ameche) and a bumbling magician. Which sounds like an easy choice, but not for me: the magician is Alan Mowbray, who makes me sigh with joy every time he shows up anywhere—and who adds a bracing bit of tonic to the romantic goings-on here. 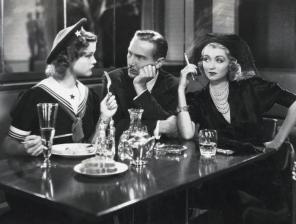 Meanwhile Susie, poor thing, is fighting her feelings for a Count in the person of Tyrone Power. Yeah good luck with that. (Young and Power threw off such sparks that they were paired for another four films in the next two years.)

This was only Power’s sixth movie, and so early in his career that he was still billed as Tyrone Power, Jr. After this, as his star ascended, the studio insisted that he drop the “Jr.”—much to the dismay of the devoted son whose father had died in his arms five years before, and whose legendary career would always inspire his own. 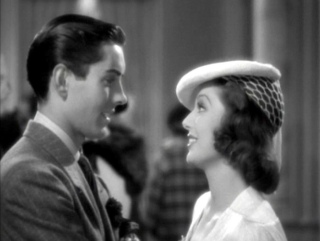 Framing all these fabulous faces is Hal Mohr, the only person ever to win a competitive Academy Award without being nominated—going home with the Oscar for Best Cinematography in 1936 for A Midsummer Night’s Dream on the strength of a write-in campaign. (The huffy Academy then changed its rules about such things.) He later shared an Oscar with W. Howard Greene for The Phantom of the Opera, making him the first person to win in that category for films in both black and white and color. (Take that, Academy…)

Oh and if the whole “girls band together to share a great apartment and snare husbands” thing sounds a bit familiar, it turned up again 17 years later, in How to Marry a Millionaire. Some things never change. No matter how much you wish they would.

STREAMING SATURDAYS is a regular feature on Sister Celluloid, bringing you a free, fun film every week! You can catch up on movies you may have missed by clicking here! And why not bookmark the page to make sure you never miss another?