You’re Ann Miller. You’ve been hoofin’ your heart out all day long, and your dogs are barkin’ like there’s someone at the door. It’s a lovely spring night in Hollywood—perfect for parking your tired tootsies on a nice warm veranda somewhere. So what do you do?

You call up your friend Ginger and you say, “Let’s go dancing!”

Meanwhile, Lucy is phoning Judy with the same idea…

The Mocambo—once Hollywood’s most glamorous nightclub—hosted a Charleston contest every Monday night. And pity the poor, hopeful couples who strapped on their dancing shoes and showed up on May 13, 1950, only to find themselves flat up against… 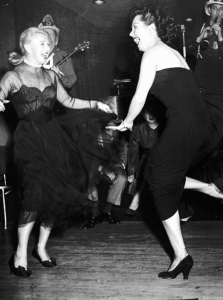 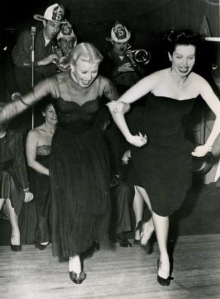 Could it get any  more fabulous than this? Actually it could. You see the band behind them—the guys in the fireman’s helmets? They’re animators, musicians and writers from Walt Disney’s studio, who used to jam along to jazz records on their lunch break. Then one fateful day, the phonograph broke, and they realized they were good enough to go it alone—and hey, kids, they started a band!

The only cheap vehicle they could find that was big enough to haul them and their instruments was an old 1914 fire truck. So bandleader/trombonist Ward Kimball (one of Disney’s “Nine Old Men,” his key animators) went out and found genuine helmets and uniform shirts to complete the theme, and called the band Firehouse Five Plus Two. (The “plus two” were a trumpeter and banjo player who joined shortly afterward.) 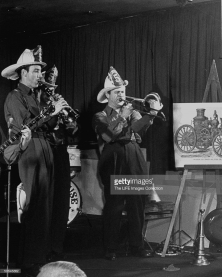 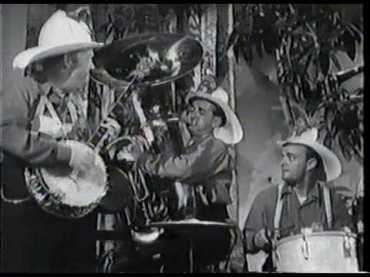 The group played together from 1949 to 1972, recording 13 albums—but they never gave up their day jobs.