Ah, April—when our hearts and minds turn to baseball! Which of course brings us to Tallulah Bankhead. 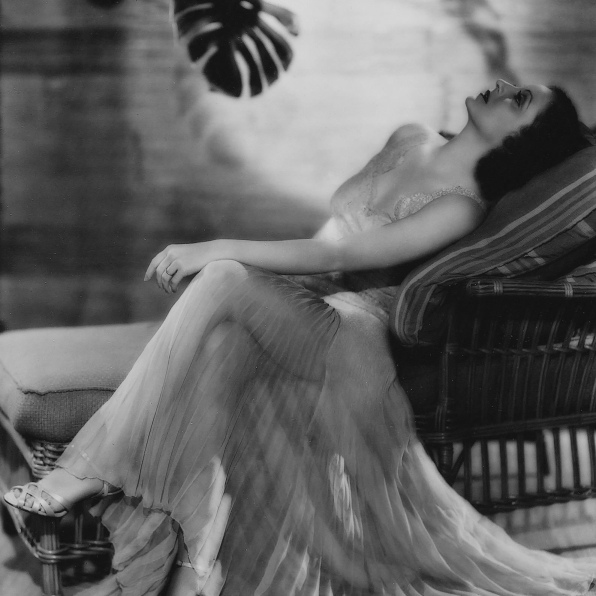 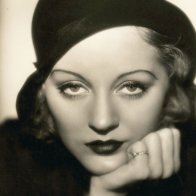 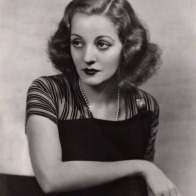 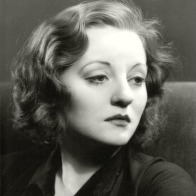 Oh yes, people! We all know Tallulah was a colorful character (to put it mildly, which she never would) and one-woman pithy-quote machine. (“I’m as pure as the driven slush.”) And also a brilliant actress, which, sadly, her offstage antics often obscured. But did you know about her other favorite pastime—the one she pursued passionately, with all her clothes on and even a modest little woolen hat?

And she wasn’t just a casual fan, like the celebs you see nowadays who show up for playoff games to get some national exposure. (“Oh, look who’s in the stands, Buck! It’s Suzi Silicone, from the new Fox series Stripper Cops!”) Nope—our Tallu followed baseball, and her beloved Giants, religiously. 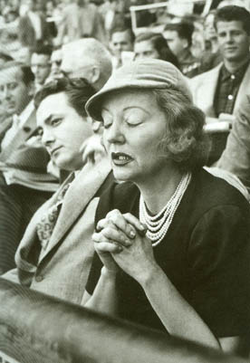 She agonized when they were losing… 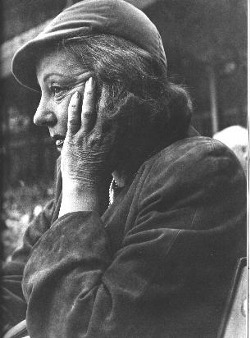 …and whooped it up when they won! 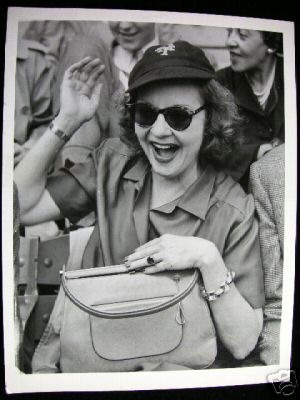 Oh, and not for nothing, but see the letters on her cap? She was a fan way back when they were the real Giants, playing their home games at the Polo Grounds in Harlem.

Of her favorite player, she once said, “There have been only two geniuses in the world. Willie Mays and Willie Shakespeare. But, dahling, I think you’d better put Shakespeare first.” Oh sure. But guess which one she wrote an article for Look magazine about?

“Even when he strikes out, he can put on a show,” she wrote, sounding every inch the smitten fan. “In the terms of my trade, Willie lifts the mortgage five minutes before the curtain falls.  He rescues the heroine from the railroad tracks just as she’s about to be sliced up by the midnight express.  He routs the villain when all seems lost.”

Years later, she happily hollered out his name, “Willieee! Willieeee!” when introducing him on The Merv Griffin Show:

Tallulah once even slipped into a Giants uniform herself—but with bedazzled letters and a jauntily tilted cap, of course.

So this spring, as you settle in on the sofa to root for your favorite team, raise a glass—or even a fabulous pump—to Miss Bankhead. Or do it her way, with a shoe in one hand and a goblet in the other. Cheers, Tallu! 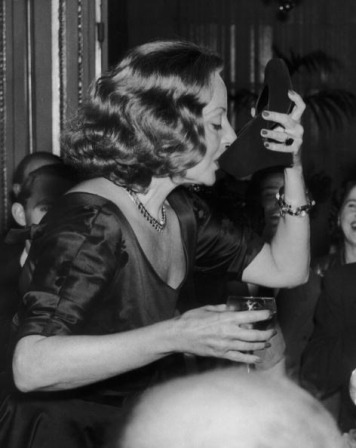 TINTYPE TUESDAY is a regular feature on Sister Celluloid, with fabulous classic movie pix (and usually some backstory!) to help you make it to Hump Day! For previous editions, just click here—and why not bookmark the page, to make sure you never miss a week?