Friday the 13th just got lucky.

That’s when the Museum of Modern Art (MOMA) kicks off its fabulous series, “Universal Pictures: Restorations and Rediscoveries, 1928-1937,” which runs from May 13 through June 15.

With several gorgeous prints newly struck by the studio, “this seemed a good opportunity to look at the Carl Laemmle Jr. years—which are greatly undervalued—and show how really audacious they were,” said MOMA’s adjunct film curator Dave Kehr, who pulled the program together. “He was very conscious of trying to create art, of doing something unique. He bought truly daring properties and was willing to take the kind of chances a lot of other studios weren’t.”

But Junior had a vision—and a plan to see it through. “He cut the number of movies Universal produced by 40% and started focusing on pretty spectacular films he thought would enhance the image of the studio,” Kehr noted.

“In a way, he was reacting against Irving Thalberg, who’d once worked for his father and went on to create almost a production line at MGM, with a strict formula and brand,” he added. “So, for example, where Thalberg fired Erich von Stroheim and drastically cut Greed to ribbons, Junior hired avant garde directors who were considered even crazier, like Paul Fejos—who, before he made the classic Lonesome, had only made one obscure feature, in Budapest.”

Other European émigrés who found a home at Universal—as well as the freedom to spread their wings and hone their own styles—included William Wyler, a distant Laemmle cousin himself, whose A House Divided and The Good Fairy are featured in the series, and John Stahl, whose Only Yesterday—the first film adaptation of Letter from an Unknown Woman—will be shown, along with the popular Back Street and the sophisticated soaper Seed. James Whale has five films in the program, including the lush and mesmerizing The Kiss Before the Mirror and the restoration of a longer version of The Road Back—which Charles Rodgers, who replaced Junior, slashed in an effort to appease the Third Reich and retain the German film market. (Much more on the new print in a future article.) 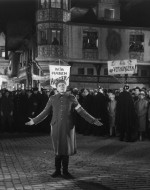 American directors were also free to let their film flags fly—including John Ford, whose Air Mail will be screened in the series; the wildly energetic Tay Garnett, on tap with Okay, America; and the darkly brilliant Edward L. Cahn, who’ll weigh in with three films, among them his newly rediscovered masterwork, Laughter in Hell.

So much energy crackled through Junior’s brief reign—such a sense of wonder and adventure, of discovering everything movies could do and say and be—that his story deserved a fairy-tale Hollywood ending. But it got a depressingly real one: in 1936, when cost overruns on Whale’s Showboat forced Universal into the grubby hands of its creditors, the Laemmles were drummed out of the studio Carl Sr. had founded in 1912.

With this sensational series, MOMA has added an uplifting coda to the story. It’s hard to pick highlights from a program that reads like one long highlight reel, but here goes: 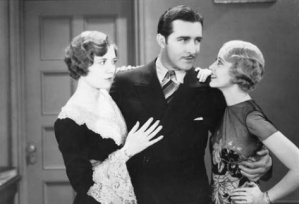 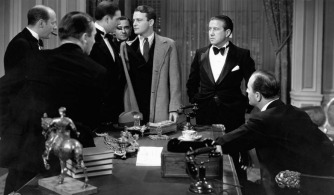 Here’s the link to the entire series. If you make it there, look for me. I’ll be the woman with the wrinkled dress and mussy hair—from sleeping behind the bar at the pub across the street between films, just to make sure I don’t miss anything.

All photos courtesy of the Museum of Modern Art; all rights reserved.