THE NITRATE PICTURE SHOW: When the Screen Glistened with Real Silver

There’s a reason they call it the Silver Screen.

In the early days, reels of nitrate film contained actual silver. Most of these precious spools were melted down by studios for their metal content or neglected until they turned to dust, liquefied or burned in warehouse fires.

But not all are lost—and earlier this month, the passionate film-preservation team at the George Eastman Museum painstakingly culled prints from archives around the world for the second Nitrate Picture Show in Rochester, New York.

Sneaking away for a brief weekend, I rode past the sprawling old mansions on East Avenue, slid into my seat at the Dryden Theater, and slipped into silvery heaven. Suddenly I was no longer covering classic movies—I was actually back there, when they were new.

…and Jean Negulesco’s noir classic, Road House. Because waking up to Richard Widmark at 10:00 on Sunday morning is my idea of church. Even if he is vaguely homicidal. In this typically stunning nitrate print, when he was lurking in the background as Ida Lupino purred her smoky vocals, he actually was in the background, so multi-layered and deep were the images.

The final film of the weekend—the Blind Date with Nitrate, not revealed until it appeared onscreen—was Edwin Carewe’s 1928 version of Ramona , starring Dolores del Rio as the put-upon heroine and Warner Baxter as the head of a Native American sheep shearing team. (I kept waiting for him to say, “You’re going to go out there a lowly sheep shearer, but you’ve got to come back a star!”) Del Rio was at her most luminous, and the print reflected the kind of yeoman’s effort the Eastman staff puts into tracking down films: it was a German copy of an American movie unearthed from a Russian archive, where it had resided since Soviet film scholar Georgii Avenarius brought it home as a “trophy” after World War II. 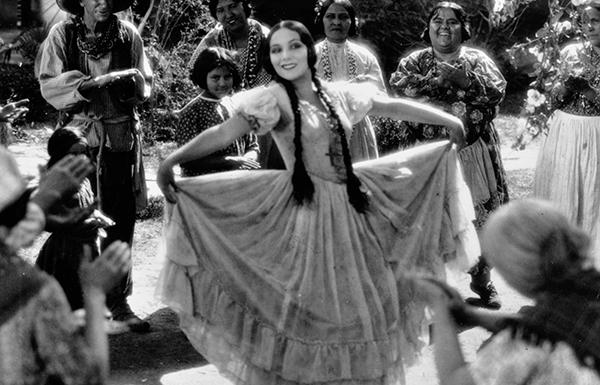 Before I headed home, projectionist Ben Tucker gave me a tour of the booth, which is clearly his second home. The closed-head projectors—which keep the film safely tucked inside—were installed when the theatre opened in 1951; valves and shutters protect the highly flammable nitrate reels from the hot beams of light that could ignite them if they stop rolling for even a second. “If the film so much as slows down, I have to flip a dowel to cut off the heat source,” Tucker said, shuddering at the prospect.

That love of film and the deep desire to protect it ran through the whole weekend like a gentle but constantly humming current. This may be the most civilized film festival I’ve ever attended—but not in a raised-pinky sort of way. There was no pushing, no shoving, no “look at me” types, no rushing around. It was like wandering into a big old house on a hill after a long journey, and discovering hundreds of people from all over the world who are of like mind and heart. You may never have been here before, but you’re home. 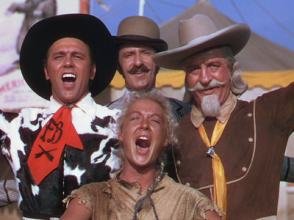 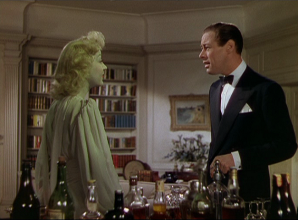 And no one is trying to sell you anything—though the museum does have a gift shop full of film fare at much-too-tempting prices. (When I teased her about the store being dangerous, the checkout woman said, “I know! I think the only reason they keep me on staff is because I buy so much!”) 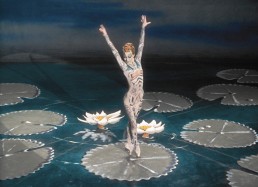 The one troubling aspect of the whole festival? There’s no “Annual” in its name. It’s like falling in love on a first date and then agonizing over whether he’s going to call you again.

But mercifully, they’ve already announced that the third Nitrate Picture Show will be held next year on May 5th through 7th.