Welcome to another edition of Streaming Saturdays, where we embed free, fun films for you to watch right here!

This week we bring you a gaspingly young James Mason in his very first film: a fast-paced British murder mystery from 1935, Albert Parker’s Late Extra.

After several seasons under Tyrone Guthrie at the Old Vic, Mason almost made his film debut the previous year, as Rodrigo in The Private Life of Don Juan—but Alexander Korda sacked him three days into filming. “They had decided that I was miscast,” Mason mused in his memoir, Before I Forget. “I recognized in this case ‘miscast’ was a euphemism for ‘lousy.'” 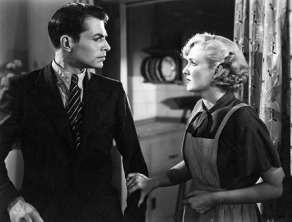 And at first, his turn in Late Extra threatened to be just as awkward: “As a beginner in this class of work, I was inclined, when making an exit, just to drop out of the side of the frame as if tugged. Al drew attention to the fact that when a person leaves a room he invariably looks where he is going. So on such occasion he would drive this lesson home by repeating, like a military command, ‘Look… Turn… Go!'”

Mason plays Jim Martin, a cub reporter for the London Gazette, who’s assigned to what looks like a routine stolen-car case—but which quickly escalates to bank robbery and murder. Meanwhile his girlfriend, columnist Janet Graham (Virginia Cherrill, best known as the blind flower seller in City Lights), is eager to break out of the paper’s pink ghetto of gossip and girl talk—and jumps into the case on her own.

Mixing it up from the sidelines is the colorful MacPherson, played by Alastair Sim with hair. This was the 30-year-old’s first year in film, following his tenure as an elocution teacher at Edinburgh University. But casting the King’s English aside, he really lets his burr fly here—and it’s glorious. (Also keep an eye out for Michael Wilding, barely out of his teens, as a telephone operator.)

Late Extra was a “quota quickie”—a low-budget film churned out fast to satisfy the Cinematograph Films Act of 1927, which required British movie houses to show a certain percentage of domestically produced films, with largely British casts. Though sometimes dismissed as trivial, many featured variety, music hall or other popular entertainment that otherwise would never have been captured on film, while others gave young theatre actors like Mason their first crack at the movies. And that alone would be enough to earn them a special place in my heart.

This is not as good a print as I usually post, but it’s the best I could find. And I think it’s worth giving a go anyway! I hope you enjoy it.