Welcome to another edition of STREAMING SATURDAYS, where we bring you free, fun films to watch right here! 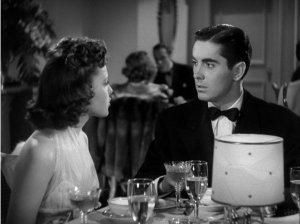 Early on in this odd little confection, Jane (Linda Darnell) finds out her husband Ken (Tyrone Power) is running around with his secretary (Wendy Barrie). So she breaks a super-heavy Deco lamp over his head, drags his half-conscious body out to the hallway, and changes all the locks.

Oh wait that’s what I’d do.

What Jane does is decide to meet the competition head on, by getting a job as a secretary herself, to see what they’ve got that she hasn’t got. (And the answer, this being Linda Darnell we’re talking about, is absolutely nothing.) 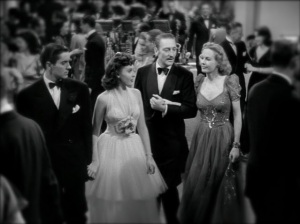 “If a woman can’t hold her man, then it’s her own fault!” she tells her much-married friend Blanche (Binnie Barnes). “I’m going to hold mine!”

Okay I’ll wait here while you go to the sink and retch. But do come back—because this really is a fun little film…

For starters, the man who plays her new boss is Warren William—who still somehow manages to bring the Pre-Code years after the Hays Office was staffed to the rafters. (“I’d like you to think of me as a sort of an… an ineligible eligible bachelor,” he purrs to Jane over dinner, leering elegantly as only he could do.) 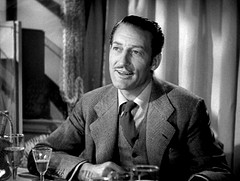 This was just Darnell’s second film after Hotel for Women; she was a last-minute replacement for Loretta Young, who sniffed at second billing. Darnell was just shy of 16 when she played the 25-year-old Power’s wife—and sometimes, despite the warpaint, she looks it. (Calling Darnell’s mother a stage mother is like calling a tsunami a passing wave. She happily lied about her gorgeous daughter’s age to get her foot in the studio door, and she was so relentlessly pushy—even by Hollywood standards—that she was eventually banned from the lot altogether.) But she’s already a total pro, with terrific comic timing and great chemistry with her co-star, whom she’d re-team with for The Mark of Zorro, Brigham Young and Blood and Sand.

Years later, director Gregory Ratoff (perhaps most famous as Max Fabian, the producer in search of a good long burp, in All About Eve) recalled that on the rare occasion Darnell went up on her lines, Power would do the same, to take the pressure off her. And their genuine affection for each other is just as palpable on screen as it was off. In fact Power was one of the few bright spots in her ill-starred life; her complete story is here.

STREAMING SATURDAYS is a semi-regular feature on Sister Celluloid. You can catch up on movies you may have missed by clicking here! And why not bookmark the page to make sure you never miss another?