Remembering the night the Academy finally honored Maureen O’Hara, with Liam Neeson and Clint Eastwood confessing lifelong crushes and Maureen looking skyward and calling to John Ford, “Pappy, we finally got an Oscar!” Thank God the Academy, at long last, did the right thing, and what an incredibly moving evening it was… 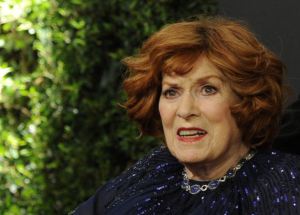 “For anyone anywhere around the world who loves movies, she is more than just an Irish movie star—she is one of the true legends of cinema,” he went on…