Of Dads, Dreams and the Damn World Series

Watching the final game of the World Series, as our home team was ground to bits by a baseball machine known as the Royals, one classic film kept running through my mind. I’m guessing you know which one.

The Royals were the best team in baseball this year. If you’d plugged all the variables into some fancy algorithm to determine who’d win the Series, the outcome would have been exactly as it was. But baseball’s not supposed to be that way.There’s a reason Damn Yankees wasn’t made as Damn Celtics or Damn Montreal Canadiéns. Because baseball’s the only sport where the old cliché about “any team winning on any given day” is actually true. Where heart can take you places algorithms can’t even dream of. 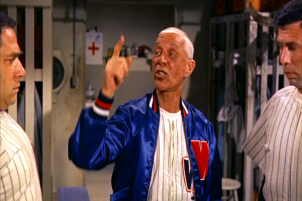 Before the season started, the Mets were 50-1 long shots to win the Series, and faced similarly long odds of even making it there. In the first round of the playoffs, they weren’t expected to beat the Dodgers even before their shortstop’s leg was broken on a sleazy, super-illegal slide by a guy who still hasn’t touched the base he claims he was aiming for. Then they were underdogs against Chicago and up against the Back to the Future curse to boot—in the film, the Cubs win the 2015 World Series—but somehow dug so deep that they swept them.

They played with all their hearts, and way over their heads. Then they dragged their batterered, bruised bodies into the Series—straight into the headlights of an unstoppable freight train, all steel and speed. The Royals were not only gifted, but ruthless, capitalizing on every mistake and lunging at every opportunity, always coiled for the kill. And good for them.

But you know what? I really hate people like that. 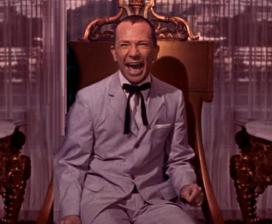 The Mets bobbled grounders. They rushed throws to the plate. They took wild, semi-desperate swings. And in the final game, the manager let his heart rule his head and left his ace in too long. His explanation? “It was my fault… I love my players.”

I could hear my Dad saying, “Catch it before you throw it!” and “Jeez, look the pitcher over!” He taught me baseball, and introduced me to classic films. Those were the two things we watched most often together, and oldmoviesbaseballDad will always hold one unbroken space in my heart. He had only 46 years on this earth, and I was only 16 when I lost him. But I have never, ever watched a baseball game or old movie without feeling he was there beside me. 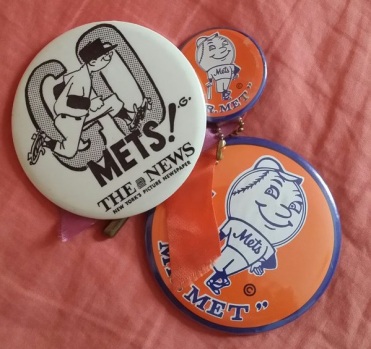 And I know he was shaking his head last night over the Mets, but loving them anyway. This morning, I took some of the buttons he gave me out of a drawer, and remembered the too-few seasons we watched games together. I couldn’t remember any of the specifics—the plays, the scores, who won, who lost. All that came flooding back were the feelings.

Watching the last inning of the World Series, I was thinking of Damn Yankees, and wishing that, as in the film, heart would prevail over might. But either way, I knew which side I was on.

You gotta have heart. Because even when it’s fumbling, flailing and falling apart, it’s still better than anything else.