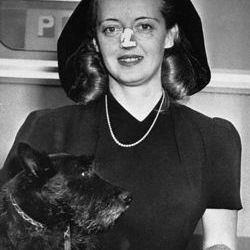 In December 1930, Bette Davis stepped off the Twentieth Century Limited and swanned into Union Station all set to conquer Hollywood, with her mother by her side and her wire-haired terrier, Boojum, in her arms. A rep from Warner Bros. was supposed to meet the happy trio, but no one materialized. When a furious Davis called the studio to find out what happened, she was told he was there, but didn’t recognize anyone who looked like an actress. “How could he not?” she huffed indignantly. “I was carrying a dog!” 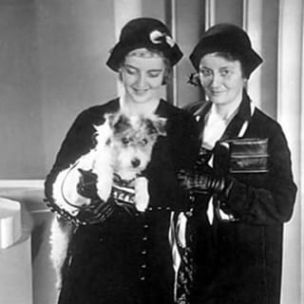 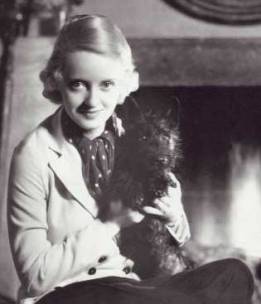 And she pretty much never stopped—either being actressy or carrying dogs. At one point, she had four Scotties, and when she wasn’t tending to her own brood, she was looking after the homeless ones.

Regular readers may recall how half of Hollywood turned out for the fabulous bash that Davis—as lifetime president of the Tailwaggers Society of Southern California—threw in the summer of 1938, to raise money for an animal hospital and training programs for guide dogs. 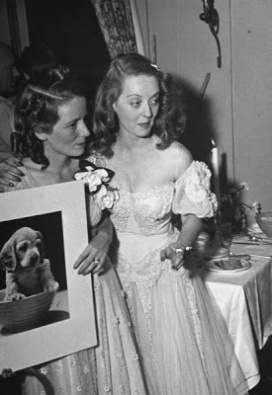 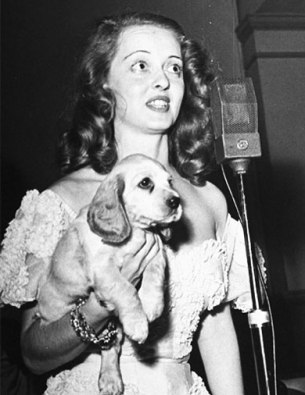 Which just goes to show you what a forgiving woman she could be—toward canines, anyway. Because only two months earlier, Errol Flynn’s dog had bitten her on the ankle after she slapped her co-star during a scene in The Sisters. The dog was trained to protect Flynn, and apparently—like the shnook from Warner’s—he didn’t know she was an actress either. 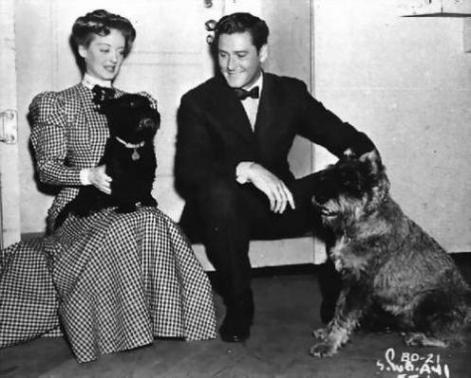 File her next run-in with the species under the category No Good Deed Goes Unpunished. In September 1942, Davis casually bent over to pet Willie, a Scottie she was minding for friends. Suddenly awakened, he reacted by biting her nose. (Thus ending any chance we had of someday hearing a song called Bette Davis Nose.)

“This particular dog wasn’t particular when he singled me out,” Davis recalled crankily, even decades later. “I had always loved dogs, my own, all dogs. Well, after this experience, I still loved dogs, except for the one who bit me. I’m not really a turn-the-other-cheek person, and besides, I didn’t have another nose to turn!”

At the time, she was in the midst of costume fittings for The Man Who Came to Dinner. Just imagine the excitement of Jack Warner and Hal Wallis when they had to shut down production because of this: 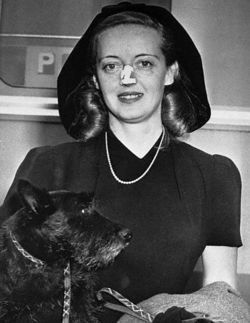 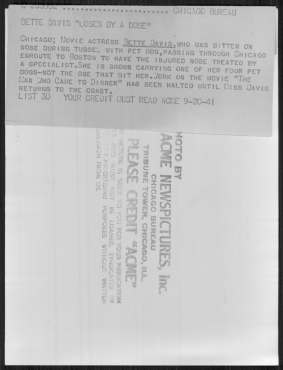 Davis left Hollywood for Butternut, her New England farm, to recuperate, expecting to be back by the end of the month. But by early October, her nose still wasn’t cooperating, leading to some semi-disgusting cable traffic featuring words you don’t normally associate with classic movie divas, like “gross and disfiguring” and “swelling.”

Take, for instance, this lovely note to Wallis: “Scab not off nose yet. And nose still very red. Am hoping it will be alright by Thursday [October 9] when I get in.” Mercifully, it was, and she resumed shooting the next day—with a massive piece of adhesive tape covering her now-healed nose, just to give her co-stars a laugh and her producers a good honest scare. 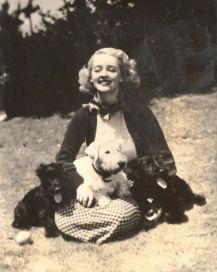 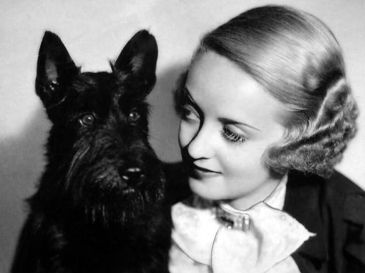 TINTYPE TUESDAY is a regular feature on Sister Celluloid, with fabulous classic movie pix (and usually a bit of backstory!) to help you make it to Hump Day! For previous editions, just click here—and why not bookmark the page, to make sure you never miss a week?