The Topperesque Adventures of Roland Young

Not in the movies—he did that in spades, all rubber limbs and befuddlement—but in real life. The manor-born, well-educated young man came thisclose to toiling out his days soberly and sensibly in some handsome, wood-paneled office.

Young’s father Keith was the most prominent architect in London, and young Roland was being fast-tracked to follow him into the family business. First stop: Sherborne School in Dorset, which, since its founding in the eighth century, had turned out the likes of King Alfred the Great. Young’s room was an underground monk’s cell carved out in the 13th-century—the better to concentrate his mind on serious pursuits. But he preferred singing in the school choir, where he was paid threepence a week, with another sixpence for singing in the chapel on Sundays. And during study periods, he unleashed dramatic re-enactments and other theatrics on his spellbound classmates.

As a teenager, Young saved every cent from jobs and allowances for summer jaunts to France, Switzerland and Italy, later venturing out to the Dalmatian Coast, Gibraltar, Morocco and the Canary Islands. In none of these places did he ever pay much attention to the architecture.

His father hoped when he returned to London and settled into University College, he’d focus his mind on a business career. But Young’s heart lay elsewhere…

…and a common germ helped seal his happy fate. One day when Roland was home from college with an awful cold, he and his father had one of those heart-to-hearts that seem to spring up at the strangest of times. Pater thought this would be a good time to take his son’s future in hand, and began rattling off a list of proper professions: Architect? Banker? Broker? Accountant? Each elicited a gutteral grunt of disinterest from the boy. Finally, ruefully acknowledging his son’s love of performing, he asked, “Would you like to be an actor?” Hoping it wasn’t a trick question, Young answered hesitantly, “Uh.. huh…” Not long after, with his father’s half-hearted blessing, he transferred to the  Beerbohm Tree Dramatic School, the precursor of the Royal Academy of Dramatic Art.

Wildly handsome and versatile, Young was already working in the West End by the time he was 23, conquering Broadway a few seasons later. After becoming an American citizen and serving in the U.S. Army in World War I, he continued to shuttle back and forth across the Atlantic, starring in both comic and romantic parts, including that of Sir Arthur Dilling in The Last of Mrs. Cheyney—a role played by no less than Basil Rathbone and Robert Montgomery in the movie versions. 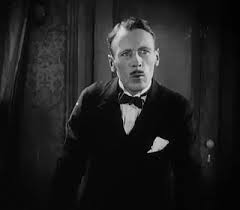 On film, though, he mostly mined his gift for comedy, starting with his witty debut as Watson in 1922’s Sherlock Holmes, opposite John Barrymore, and continuing through films like Don’t Bet on a Woman, where he sparkled as Jeanette MacDonald’s smug, overconfident husband.

It was around this time that Young met his true soulmate, the man who was responsible for his most famous role: Topper author Thorne Smith. In addition to perhaps an overenthusiasm for wine and scotch, the two shared many loves—animals, walking sticks, fountain pens, wordplay, bad jokes and good conversation—as well as a loathing for pretense and hypocrisy. (Young also loved porcelain penguins, but alas, he was alone on that one.) Thorne’s daughter Marion recalled her father and his bosom companion sharing jokes and sipping wine on long afternoons that slid well into evening. 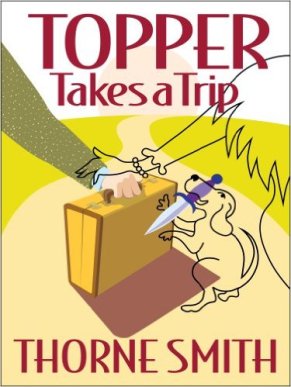 Oh and they had one more thing in common: both were published writers. Granted, Thorne had turned out more than a dozen best-selling novels—one of which, Topper Takes a Trip, was dedicated to his friend—and Young had put out just one slim volume, but that sole effort was very much in keeping with the sense of the ridiculous the two shared.

Written and illustrated by Young, Not for Children was a book of poems along the lines of Ogden Nash, describing various members of the animal kingdom (including humans). 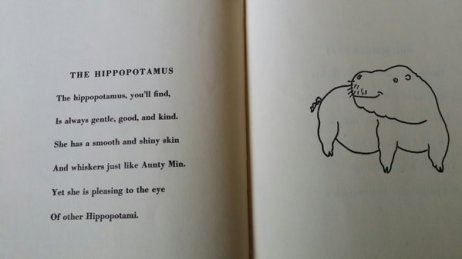 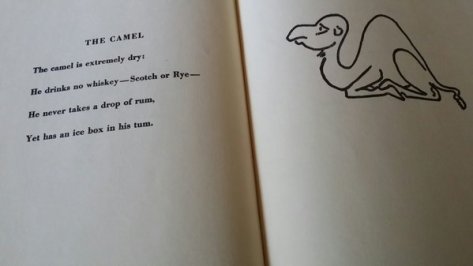 Young’s own household menagerie included a wolfhound named Romanoff, who was half as tall as he was, several rare species of goldfish, and a cat named Unex (for “Unexpected”), who could pop into the dining room at will, via his own little swinging door in the larger one. 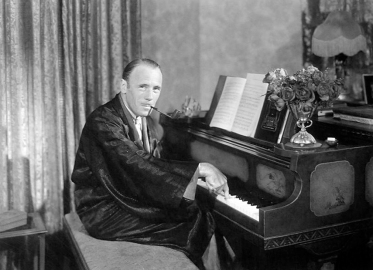 In 1934, inspired by his love of Thorne’s work and of the author himself, Young took up his pen again for a brief biography of his friend, Thorne Smith: His Life and Times, which included this description of his novels:

“They were native fairy tales, but at the same time they were satire of a high order… he has attacked with vehemence every form of hypocrisy, he has examined with sympathy and insight our universal neuroses. He has written about sex without shame and without a leer, and his work has done much to destroy the sham and pretense on that subject.”

He also included a lengthy Q&A with his subject, which was frequently punctuated by one of them ordering another Scotch and soda. Here’s a brief alcohol-free snippet:

Young: Are your books planned or do they just grow?
Smith: My books are planned in stealth, and grow in desperation.
Young: Why do you seem to do your best work while stripped to the buff and gleaming in the hot sun?
Smith: Because I like to write in hot countries, but I don’t know what you mean by buff.
Young: Buff is merely an expression, not a biological term.
Smith: I feel greatly relieved.
Young: Is it because you write in hot countries that your women are so passionate?
Smith: No, they just get that way. I don’t understand women very well who are not passionate.
Young: Your women are the kind every man wants to meet now and then, don’t you think?
Smith: Yes, Mr. Young. I’m afraid I think so. You mean that my women are both carnal and convivial and at the same time straight shooters. That to me is the ideal type.
Young: But your men, Mr. Smith. Do you consider them the kind every woman wants to meet?
Smith. No. My men are rather rare characters and not so good-looking. To like them a woman must be endowed with a sense of humor and an inexhaustible fund of patience.
Young: Your women sort of pity them them?
Smith: Most women pity men at one time or another.
Young: Why don’t you write about great, strong, silent men, Mr. Smith?
Smith: I don’t believe there are any, unless they’re too dumb to be interesting.

So this is about all. My favorite hobbies are fountain pens, safety razors and not hearing Roland Young talk about goldfish during an earthquake. I also have a fondness for billiards, which I do not play. My chief recreation is making appointments to give little talks and then going away somewhere else. This has greatly endeared me to my publishers. The words have at last been written. I come to an abrupt end.

And in June, Smith succumbed to a heart attack at age 42.

Three years later, Young starred in the first Topper film, which was dedicated to his dearest friend. 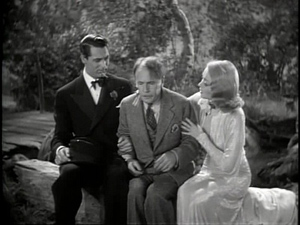