Four years before it made its way into celluloid history, A Streetcar Named Desire opened on Broadway 68 years ago this week, on December 3, 1947. Three of the four principals—Marlon Brando, Kim Hunter and Karl Malden—followed the play to Hollywood, but Jessica Tandy lost the role of Blanche DuBois to Vivien Leigh, who earned an Oscar for her haunting portrayal of the fragile, faded Southern belle.

Tandy, whose performance was lauded by Brooks Atkinson in New York Times as “superb” and “almost incredibly true,” won a Tony for the role—sharing the award that year with Katharine Cornell for Antony and Cleopatra and Judith Anderson for Medea, the only three-way tie in Tony’s long and storied history. Tennessee Williams won the Pulitzer Prize.

Later on, Anthony Quinn and Ralph Meeker would take to the boards as the iconic Stanley, and Uta Hagen would play Blanche. Oh and during Brando’s run, Jack Palance subbed for him when he broke his nose in a pre-show sparring match with a stagehand. (“You bloody fool!” Tandy is said to have cried—which was literally true, as he held a soaked handkerchief to his face.)

By the way, Brando wasn’t producer Irene Mayer Selznick’s first choice for the role or even her second. Her top pick, John Garfield, fell out of the running when he demanded a percentage of the profits, and her back-up, Burt Lancaster, couldn’t break free of film commitments.

Here are a few fabulous candids from the rehearsals of the original stage production: 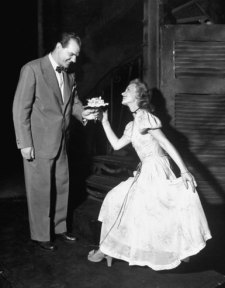 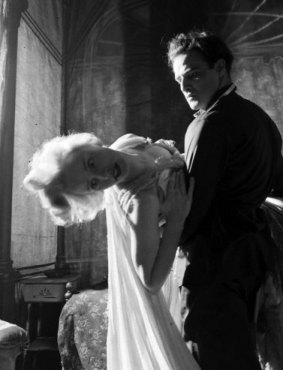 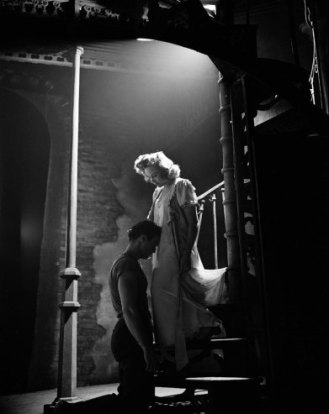