When Richard Widmark Hugs You, You Stay Hugged

Back in the spring of 2001, the Walter Reade Theatre had a retrospective of Richard Widmark films, with a special—to put it mildly—appearance by the man himself, who was then 86. 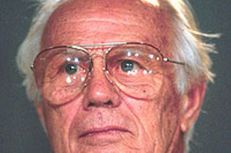 I had loved Richard Widmark since I was a kid, when I saw him in Don’t Bother to Knock. He seemed like a bit of a heel at first, but there was something about him—something that told me a very fragile, deeply disturbed Marilyn Monroe would be safe with him. (She was—on and off the screen.) I hadn’t yet seen him push Mildred Dunnock down a flight of stairs in her wheelchair—which, he once recalled, was the first scene he ever shot on film after making the move from Broadway to Hollywood. (“I said to Henry Hathaway, ‘You want me to do what?'”) But by then I already adored him. (Poor Tommy Udo, I thought—so misunderstood!) 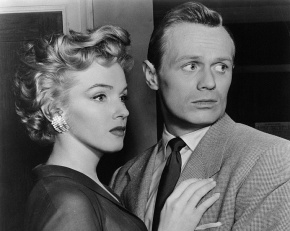 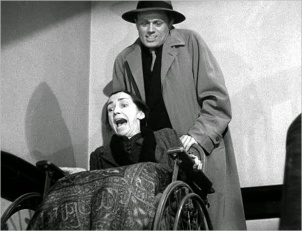 So off I went to the theatre, clutching my then-fiancé (now long-suffering husband) Tim with one hand and my fan letter with the other. It went on for about four pages but mostly said “I LOVE YOUUUUUUUUUUU!” (It was all very sophisticated, I tells ya.)

We got there nice and early and sat right on the aisle; I figured when he passed by on his way to the stage, I could give the letter to him or whoever was with him. In my excitement, it took a while for it to dawn on me that—duh—there’s an aisle on either side of the theatre, and he could just as easily go up the other one.

So I scrambled to the lobby to give the letter to somebody, anybody. But then—wham bang sigh faint—there he was. Fans were sort of swarming him. One galoot ran up, stood next to him, handed his friend a camera for a picture, and then scampered away, without saying a word. Like he was posing next to Stonehenge instead of an actual human being. Others were kind of chewing his ear off and monopolizing him, but he was very gracious about it, nodding, smiling, not getting a word in, not seeming to mind. He was clearly used to it, God help him. Most of them looked kind of like this (and yes, some actual berets were present): 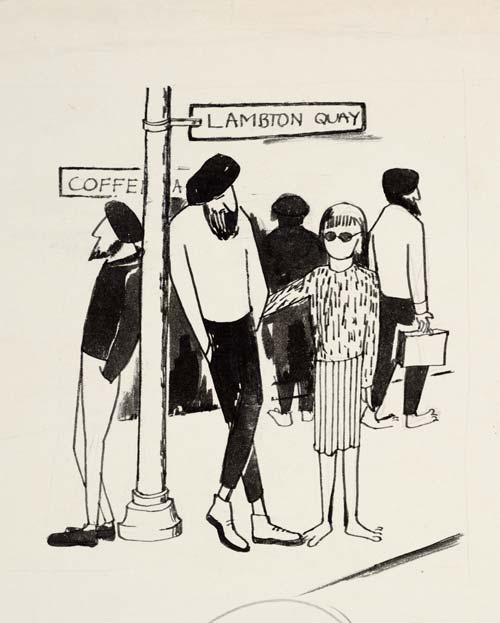 One especially gaseous fan (I’m sure he’d prefer cinephile) asked a question that seemed designed to cram everything he knew about film into one five-minute ramble, which boiled down to, “Why didn’t you ever direct?” After seeming a little startled that the guy had actually stopped talking, Widmark smiled, trained his clear-eyed gaze on him, and answered in eight words: “I didn’t want to get up that early.” 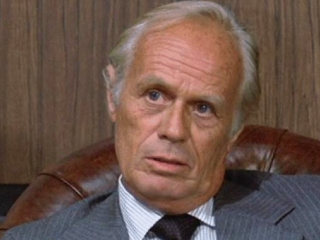 Sensing he was just about ready to bolt, I started to panic. My usual instinct in these situations is to flee, ceding the floor to the pushy, squeaky wheels. But not this time. I had to give him that letter. So I sort of wriggled into the crowd, and suddenly there he was, right in front of me, beaming a lovely smile, his blue-gray eyes sparkling. I handed him the letter and said something like, “Mr. Widmark, I knew you’d be very busy with everyone wanting to see you, so I just wrote a few things down, to say how much you mean to me.” Only I think it sounded more like, “Aaaaauuuughoooouuuhhaaaaahuuuuuhooooh.”

And he stepped forward out of the horde and hugged me hard and said, “That’s wonderful!” A warm wave of current swept through me, short-circuiting my limbs and making me so wobbly I was sort of weaving. Hoping I could make a semi-graceful exit that wouldn’t leave me in a heap on the sticky lobby floor, I said thank you or I love you or something and staggered back to my seat, cursing my knees for lack of support.

Tim took one look at me and said dryly, “I guess you found him.”

About a week later, I opened my mailbox to find a lovely cream-colored letter, in gorgeous, exuberant handwriting, postmarked Roxbury, Connecticut, where I knew he lived. I leaned against the wall in the lobby, held my breath, and opened it. It was from him. I slid down the wall and sat on the floor, and my neighbors, coming home from work, were like, “Uh, are you okay? Should we call someone?” I was fine. Beyond fine. In the letter, he thanked me for my very kind (underlined) words. And I thought, no, not kind. Just true. And not nearly enough words to describe how wonderful he was. 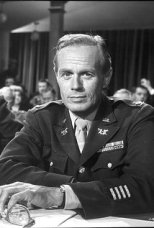 While writing this tonight, I looked up the dates for that film festival; the night we saw Richard Widmark was the first Saturday of the series. It was May 19. Exactly 15 years ago today.

It seems this man will never stop giving me chills.

P.S.: I have stayed hugged.

This article is part of the Classic Movie Ice Cream Social, hosted by the fabulous Fritzi at Movies Silently, where we were asked to share happy movie memories! For the rest of the articles, just click here!