Ladies! Traveling around New York, you’re likely to run into all kinds of guys. Take, for instance, the manspreader: Not even Dame Helen Mirren was safe from him. And The Nicest Man in America™ actually was him. 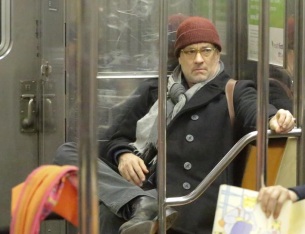 Then there’s Oscar Shapeley, who’s certain your emphatic rejections are just a playful way of heightening the romantic tension before your unconditional surrender.  (I was recently stuck next to this guy on a trip to Rochester. As he was finally getting off the train in Rome, NY, he leaned in and grinned, “Would you like me to take you to Rome?!?” And then he laughed so hard a bit of gack flew out of his mouth. Because it was literally the funniest thing anyone has ever said.)

There’s also the out-and-out perv, who makes you long for the subtle, sophisticated stylings of Mr. Shapeley. And the guy who seems to have last enjoyed the thrill of bathing sometime during the Carter administration. And the one who’s wolfed down so much garlic he’s travel-banned in Transylvania.

But sadly—tragically, even—you know who you’re never gonna run into?

Remember when you’d sit around with your friends, imagining the perfect guy? Kind and decent, but not dull. Strong, but not overbearing. Smart, but not show-offy. Funny, but not a loudmouth. Protective, but not condescending. Exciting, but not dangerous. Gorgeous, but not vain. Is that so much to ask?!?

Not for Rod Taylor it isn’t.

In Sunday in New York, he slips easily into the role of Mike Mitchell, a music writer on a day trip to the city. Who hooks up, literally, with Eileen Tyler (Jane Fonda) on a crosstown bus, when her boutonniere gets snagged on his jacket. She should have that thing bronzed.

After an awkward parting and a fateful reunion—there’s that bus again!—they’re caught in a downpour and run for shelter.

Eileen is in town visiting her big brother Adam (Cliff Robertson), seeking sanctuary after her frustrated fiancé (Robert Culp) cools on her for not sleeping with him. Adam dutifully encourages her to remain chaste—and swears on his “sacred honor” he’s doing the same. But when she discovers a black negligee hanging in his closet, all bets, sacred or otherwise, are off.

And there sits this man. Good God. Could anyone blame her for deciding it’s time to jump in? Still, she’s a bit clumsy and naive, and Mike soon realizes she’s doing what she thinks she should be doing, not what she is comfortable doing—or has ever done before.

All her quirks and fears and vulnerabilities are flung out there like that ratty blue robe she pretends is her mother’s, to ward off predatory males. But he doesn’t pounce on them, or mock them. He loves them. He loves her. He honors her. And protects her, even from himself.

And when they argue over shifting sexual morés, he clearly relishes batting it back and forth with her. Yes—gasp—he even loves her mind!

Mike Mitchell is pretty much the perfect man: strong, smart, funny, gorgeous and insanely honorable. For me, the movie’s only false note was that he had a sometime girlfriend back in Philly who would let him stray beyond a three-foot radius.

I had been hounding TCM to show Sunday in New York since they started their festival. So when they finally did, in 2014, I was there before the doors opened, like the people who camp out overnight for the latest iPhone except this was for something important. 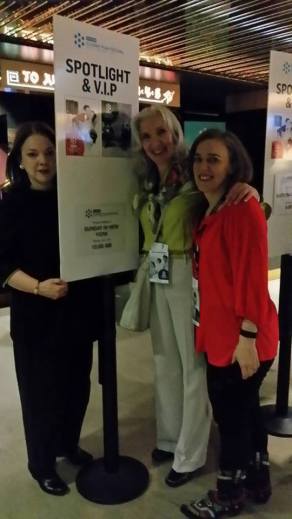 My friends Kay and Kathy arrived soon after—and the daylight pajama party was on! We’d just spent three days staring at screens, scarfing down all manner of sugary sin, and sleeping only at the odd moment there wasn’t a movie playing somewhere. As we waited for the house lights to dim, we gave in to our giddiness—hugging, swaying, and belting out the film’s signature tunes: “New York on Sundaaaay… big city takin’ a nap… Hellooo… what sweet magic brought you my wayyy…” Somewhere back east, Peter Nero’s ears were ringing. Or bleeding.

The woman sitting behind me huffed so hard she blew my hair off my neck: “I hope you’re not going to be doing that during the movie!” This to someone who’d rather streak through Holy Communion than talk in a darkened theater. But in the last scene, when Rod is gazing up at Jane, hugging the world’s luckiest pillow, I couldn’t hold it in any longer. I sighed. Out loud. And yup, she shushed me, complete with spittle.

Later that spring, Kay and I had Sunday brunch at the restaurant where Eileen and Mike go to haggle over the cost of mending his jacket. Now the Rock Center Café, it looks much as it did more than a half-century ago. “Oh my God, this is the door where they went in!” I sputtered as I wobbled up the steps. 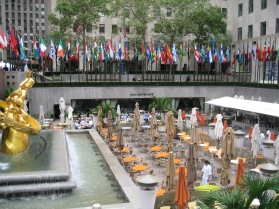 From everything I’ve seen and read of him, I’ve always had the feeling that playing the perfect man was not much of a stretch for Rod Taylor. There’s a reason he could do it without a molecule of effort.

In 1963, when Sunday in New York was made, Fonda was still finding her way out from under her father’s shadow, deeply insecure, and battling bulimia. She has said that working with Taylor was the first time she enjoyed making a movie or dared to believe she could really act.

“Jane and I got on so beautifully, and we never stopped laughing, on screen, off screen, just laughing all the time,” Taylor also recalled. “And shooting in New York… that was fantastic, cops stopping traffic, and everybody going ‘Ooh, ahh!’ when I kissed Jane… just a wonderful experience!”

He even managed to make Tippi Hedren’s nightmarish stint on The Birds bearable. “Rod was a great pal to me and a real strength. We were very, very good friends,” she said. ‘He was one of the most fun people I have ever met, thoughtful and classy. There was everything good in that man.”

Here’s a more modest take, from the man himself: “Rock Hudson and Tab Hunter were very pretty fellows, and that was the trend. I was one of the first of the uglies to get lucky… I wasn’t good-looking enough to really pull off some of the roles that I was put into!”

Rod Taylor died just a few months after the Sunday in New York screening at TCM, and I haven’t been able to watch it since. You know that wonderful feeling of seeing someone you love on the screen and knowing they’re still out there somewhere? And then suddenly they’re gone, and that feeling is even more horrible than the other feeling was good? With Rod Taylor, I’m still working through that.

But ladies, if you haven’t seen this movie, you must. And guys, watch it and make mental notes—kind of the way I do when I see Edith Cortwright in Dodsworth. Because that’s the thing about old movies: They give us something to shoot for.

This article is included in the Reel Infatuation blogathon, hosted by Silver Screenings and Font and Frock. For more, click here! 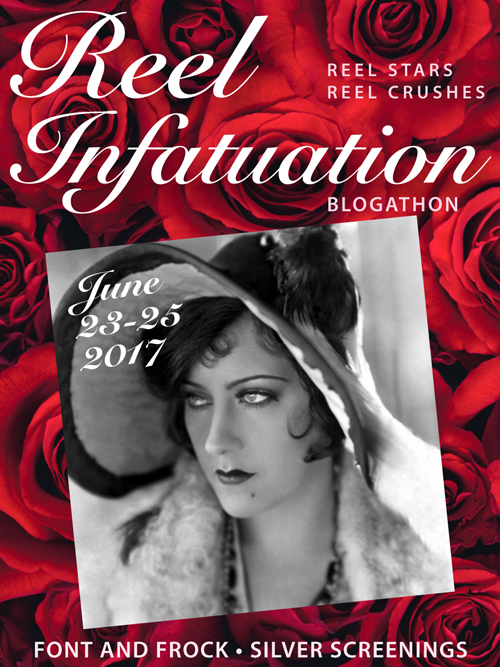