STREAMING SATURDAYS! Leslie Howard and Humphrey Bogart Lighten Up in STAND IN

Welcome to another edition of Streaming Saturdays, where we embed free, fun films for you to watch right here!

Just a year earlier, Bogart and Howard had squared off in the Arizona desert, as the vicious outlaw and doomed drifter in the film version of Robert Sherwood’s The Petrified Forest. Though both originated their roles on Broadway, only Howard was sought after for the screen, as Warner Bros. had its pick of high-profile tough guys for the plum role of Duke Mantee. Furious, Howard issued an ultimatum via telegram to Jack Warner: “Insist Bogart play Mantee. No Bogart, no deal.” Bogart remained forever grateful to him for giving him his big break, and years later, he named his daughter in memory of him.

Stand In gave the two stars a chance to lighten up considerably—in a stiletto-sharp farce that skewers the queasy relationship between the dream factories out West and the money men back East. During the Great Depression, Wall Street had pounced on a number of cash-strapped studios, eager to scoop up their assets for a song. In our film, accountant Atterbury Dodd (Howard) heads to Hollywood to seize the reins of his bank’s newest property, the foundering Colossal Pictures. 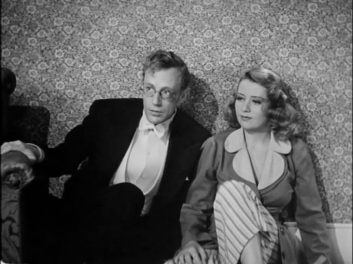 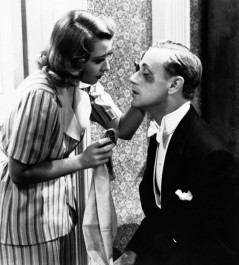 But the owlish Dodd’s biggest asset turns out to be Lester Plum (Blondell), a former child star working as a stand-in for Colossal’s fading diva, Thelma Cheri (Marla Shelton). Lester’s studio smarts land her a job as his secretary—and she quickly falls for her hapless boss.

Meanwhile, in a scheme to drive the studio to bankruptcy and help another mogul pick up the pieces, an eccentric director (Alan Mowbray) is conspiring with a predatory press agent (Jack Carson) to run up the costs on Cheri’s latest lurid blockbuster, Sex and Satan, which is being produced by one of the few sane people on the lot (Bogart, accompanied everywhere by his little black Scottie—who’s never explained, which would have ruined it). 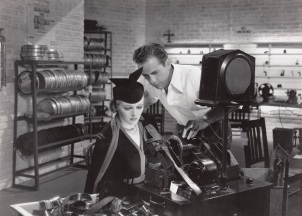 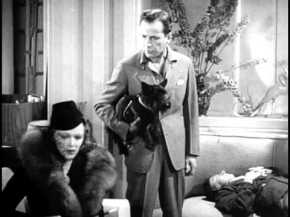 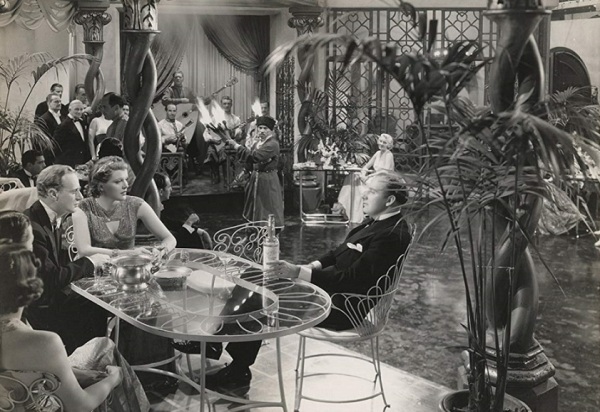 Out of breath yet? We’re just getting started. And Garnett—who got his start with Hal Roach and Mack Sennett—never slows up for a second.

This is a true screwball sleeper that deserves more attention and leaves me wishing Howard and Bogart had teamed up more often—or at least that each had been given more than just an occasional shot at comedy. Enjoy!