Seeing “Jungle Red” Over THE WOMEN

“The Women—And It’s All About Men!” shrieks the movie’s trailer. “Out of the boudoir, onto the screen skyrockets Clare Booth Luce’s sensational stage hit of 135 women with nothing on their minds but men! Dowagers and debutantes! Chorines and mannequins! See them with their hair down and their claws out!”

Or in my case, just lead me quietly into the backyard and shoot me.

Don’t get me wrong—I don’t mind the occasional female slugfest. (Paging Bette and Miriam!) Or characters dishing and even fighting over guys (hey, it happens). But The Women is so relentlessly one note, it seems less like a “women’s movie” than any film that ever got stuck with that awful, insipid label. True, there’s not a single man in the cast (including Terry the terrier, who went on to play Toto). But everything these women think, say and do revolves around getting, keeping, deceiving or retrieving one—usually at another woman’s expense. 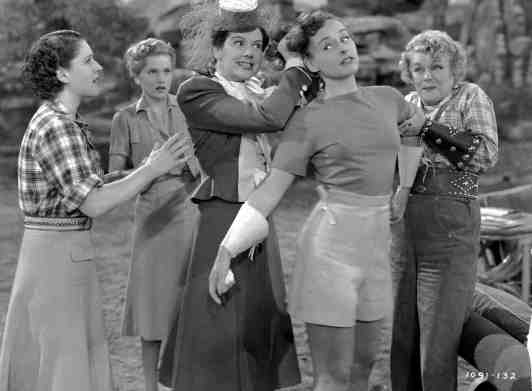 Of course the movie’s supposed to be broad (excuse the expression) and over the top—much, I suppose, the way cyanide is supposed to taste like almonds. But oh, the relentless hamminess! It’s like being beaten about the face with actual hams. And Rosalind Russell (Sylvia Fowler) reportedly felt that director George Cukor reined her in too much? Good God, did she want to come crashing, physically, through the screen, and land in the laps of moviegoers? It’s not easy to out-act Marjorie Main, but damned if she doesn’t try. I kept longing for her to suddenly morph into Hildy from His Girl Friday, effortlessly swatting comic lines over the fence… 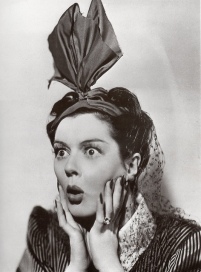 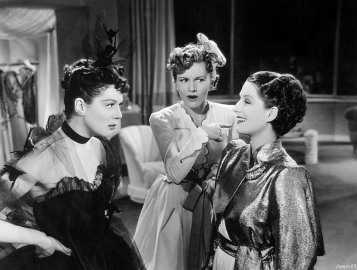 I did that kind of thing a lot during this film. I guess I like the women in The Women too much to like The Women. Especially Norma Shearer, my Pre-Code patron saint, who’s completely neutered here. Even her fabulously wild hair has been beaten, pinned and sprayed into submission. 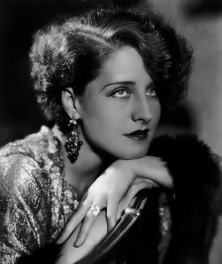 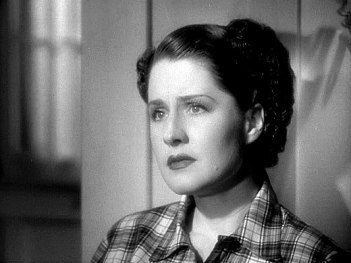 After suffering nobly for most of the film, her upper lip firm but ever so slightly quivering, Shearer (Mary Haines) finally “wins” back her ex-husband Stephen—who cheated on her so blatantly that news of his affair was Topic A at the local salon—and literally welcomes him with open arms. Shearer handled this much better a few years earlier, in The Divorcee: When Chester Morris strayed, she returned the favor by having a fling with his gorgeous friend, Robert Montgomery (which I believe is the literal definition of “sweet revenge”). Then she told her horrified husband where he could stick his double standard: “Look for me in the future where the primroses grow and pack your man’s pride with the rest! From now on, you’re the only man in the world that my door is closed to!” 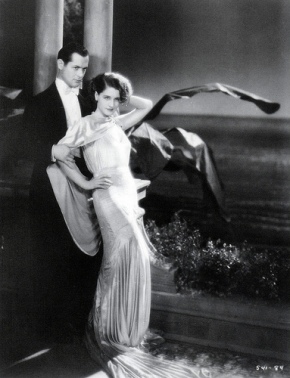 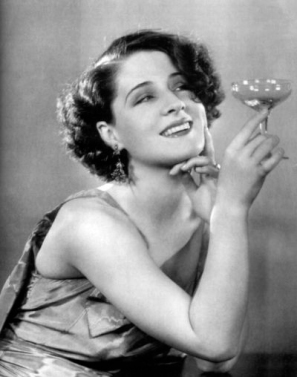 Now clearly in 1939, that sort of thing was not gonna fly with Will Hays and company. But The Women swings so far in the other direction that it gave me whiplash. It’s like they crammed every oppressive thing about the production code into a single spool of film.

For instance: Wife + Backbone = Bad! Even Lucile Watson—who is usually, to steal a line from Shaw, a consort battleship (or battleaxe!)—advises her daughter Mary to do as she did and meekly look the other way when her husband runs around on her. Later, Paulette Goddard (Miriam) patiently explains to Mary that it’s her fault—what with her damn pride and all—that Stephen was pretty much forced to marry his mistress.

In fact, the movie might as well be called The Women’s Fault. Because it always is. Later on, after a visit with her father, Little Mary (Virginia Weidler) tells her mother how miserable he is because of Crystal, who, shockingly, isn’t exactly the domestic type. Poor Stephen! Can this benighted soul never get a break? His first wife was all uppity and proud and everything, and now his second wife is doing to him exactly what he did to his first wife! Da noiv! (Mercifully, Weidler soon escaped to The Philadelphia Story, where she mixed with much sharper, wittier characters—women, even!—who had actual depth and dimension and never apologized for it.) 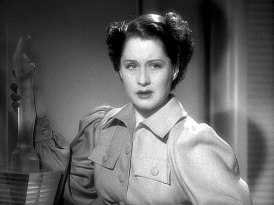 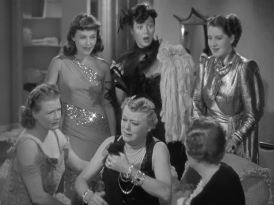 Meanwhile, poor Joan Fontaine, as Peggy, had to park her spine in cold storage for the entire shoot: She’s set on one speed—Simper—pretty much from start to finish (“Ohhh, Johhhnnyyy!”), which means she dutifully earns a happy ending. I have visions of this whip-smart woman leafing through the script and saying “Really?!? I have to play the doe-eyed naif again?!?” But that was the one character trait she was assigned, not to be confused with The Noble Wife (Shearer), The Gold-Digging Hussy (Joan Crawford), The Nasty Gossip (Russell), The Tough Cookie with the Heart of Gold (Goddard), The Wise Matron (Watson), The Ditzy Dowager (Mary Boland) or The Country Hick (Main, who—just in case we didn’t get the point that she’s, you know, rustic—belts out so many off-key verses of On Top of Old Smoky you want to hurl yourself off the nearest cliff).

And we don’t even have to wait until the movie actually starts to get clobbered over the head with the one-note stereotypes: during the opening credits, each character is represented by an appropriate animal (Shearer’s a deer, Fontaine’s a lamb, Russell’s a cat, and on and on). That most of these fabulous actresses did as much with their roles as they did is a great credit to them and to Cukor, rather than to the shallow material they had to work with. 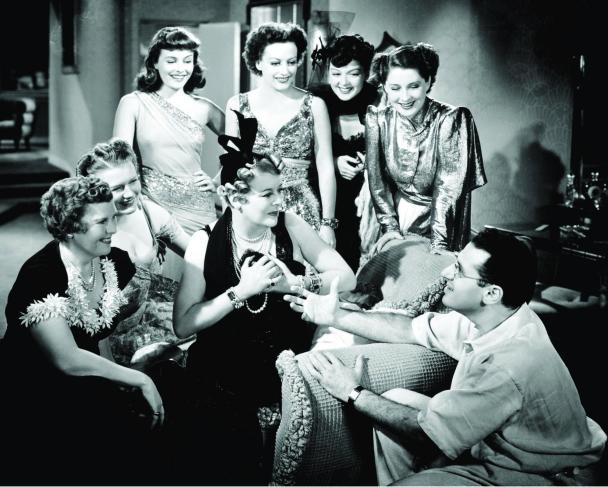 Even if I squint (and maybe drink) really hard and try to view The Women as satire, it doesn’t work, because good satire’s not written with a sledgehammer. And for Clare Booth Luce—who was no fan of her own gender and was once overheard at a state dinner proclaiming that all women wanted were “babies and security”—this was definitely no spoof. This was who she was—one of those women who go about the country preaching to other women about the virtues of  homemaking, while their own families couldn’t pick them out of a line-up. And Anita Loos, who helped adapt the stage version for the screen, could certainly be cutting and clever, but wasn’t exactly renowned for complexity either. Ironically, the only one who tried to turn these cardboard cutouts into flesh and blood was a man. In May 1938, MGM assigned F. Scott Fitzgerald to work on the film, but he was fired in October because, according to his biographer Matthew J. Bruccoli, his dialogue was “insufficiently bitchy.”

The final screenplay suffered no such deficiency.

This post is part of the Contrary to Popular Opinion Blogathon, hosted by Movies Silently and me, where we set the consensus on its head by defending a maligned film, performer or director or toppling a beloved one! To see all the entries, click here! 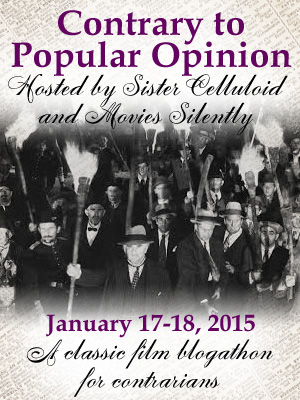