We’ve all heard of unusual clauses in actors’ contracts. But Teresa Wright’s—written when she was just starting out at 23—takes the cake. (And that cake does not have a scantily clad starlet popping out of it):

The aforementioned Teresa Wright shall not be required to pose for photographs in a bathing suit unless she is in the water. Neither may she be photographed running on the beach with her hair flying in the wind. Nor may she pose in any of the following situations: In shorts, playing with a cocker spaniel; digging in a garden; whipping up a meal; attired in firecrackers and holding skyrockets for the Fourth of July; looking insinuatingly at a turkey for Thanksgiving; wearing a bunny cap with long ears for Easter; twinkling on prop snow in a skiing outfit while a fan blows her scarf; assuming an athletic stance while pretending to hit something with a bow and arrow.

In short, Miss Wright had already seen enough—apparently including every campy pin-up shot ever published. But she managed to be both indignant and hilarious about it. (With a wit like that, it’s no wonder writers loved her; she married Niven Busch and Robert Anderson.)

While Wright managed to escape the bunny ears and bathing suits, she was held hostage for at least a couple of semi-cheesecake sessions. And judging from the look on her face, the ransom couldn’t be paid fast enough: 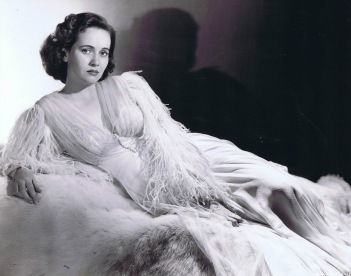 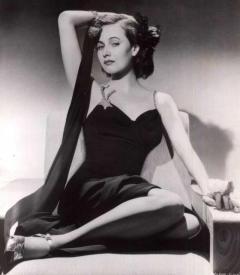 Wright earned Oscar nods for her first three films—The Little Foxes,  Mrs. Miniver and The Pride of the Yankees—taking home the trophy for Mrs. Miniver. Even her Academy Award was unglamorous—made of painted plaster, as metals were set aside for the war effort. (And today, most actresses wear more makeup in the shower than she wore to the ceremony.) 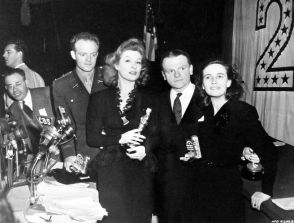 Wright followed up with films like Shadow of a Doubt and The Best Years of Our Lives—confiding to friends that in William Wyler’s post-war drama, she was thrilled to finally shed her wholesome image and play an aspiring homewrecker. But even then, she led with her heart, trying to rescue the man she loved from a viper. Damning her with the kind of faint praise she didn’t deserve, Wyler called her “the best cryer in the business.” Her boss, producer Sam Goldwyn, agreed—and kept casting her as dewy, vulnerable young lovelies. (This was the same man who once barked to her, during filming on The Little Foxes, “Teresa, let your breasts flow in the breeze!”) 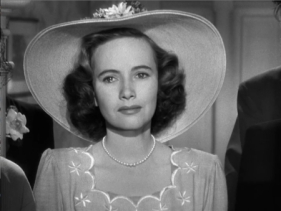 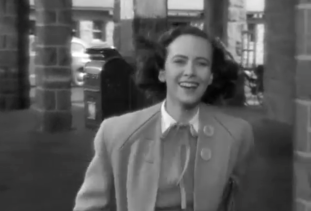 In 1948, Wright—now a 30-year-old mother of two—was once again cast as an innocent waif, this time complete with an evil stepsister. And while she was unhappy with Enchantment, the critics weren’t. Newsweek said she “glows as the Cinderella who captivated three men,” while The New York Times said she “plays with that breathless, bright-eyed rapture which she so remarkably commands.” Tired of glowing breathlessly, Wright declined to embark on a long publicity tour for the film—leading Goldwyn to cancel her $5,000-a-week contract and publicly criticize her as “uncooperative.” 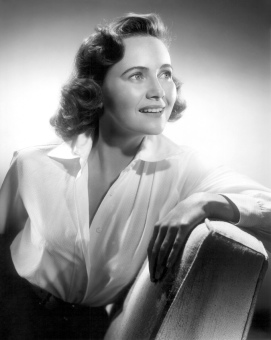 I would like to say that I never refused to perform the services required of me; I was unable to perform them because of ill health. I accept Mr. Goldwyn’s termination of my contract without protest—in fact, with relief. The types of contracts standardized in the motion picture industry between players and producers are archaic in form and absurd in concept. I am determined never to set my name to another one… I have worked for Mr. Goldwyn seven years because I consider him a great producer, and he has paid me well, but in the future I shall gladly work for less if by doing so I can retain my hold upon the common decencies without which the most glorified job becomes intolerable.

Wright went on to have a much more interesting and varied, if lesser-paying, career than Goldwyn had in mind for her—working with Matt Damon almost fifty years after she co-starred with Marlon Brando. And she never lost her sense of humor. “I was going to be Joan of Arc,” she once noted wryly, “and all I proved was that I was an actress who would work for less money.” But with much more integrity.

“I only ever wanted to be an actress, not a star,” Wright once said. But her Mrs. Miniver co-star Greer Garson saw it as inevitable, whether she sought it or not: “Very bright. Fantastically beautiful. Very much the lady. She was a great Irish wit. There are actors who work in movies. And then there are movie stars. She was a movie star.”

Here’s to Teresa Wright, who was so radiantly gifted, honest and genuine you almost forgot she was gorgeous. She wouldn’t have had it any other way.