Work, family, social obligations… we’ve all got pressures. But they’re weak tea compared with what Beatrice Lillie was up against.

She was dubbed the funniest woman in the world.

Fortunately for her, she pretty much was. But sadly for us, she made just a handful of films. Why leave the stage when Noel Coward and Cole Porter are writing shows for you?

Born in 1894 to a Canadian government minister and an opera singer, Lillie spent most of her childhood being trotted around the provinces as part of a family musical revue. But much as Judy Garland outshone the other Gumm sisters, Bea was clearly destined for bigger things. So her ambitious mother took the teenager to London—where at 20, she made her solo debut on the West End, weaving songs, skits and monologues into an evening of sparkling satire. 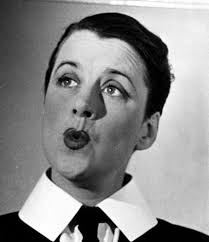 With stick-straight solemnity, Lillie affectionately parodied the flowery, overblown performing styles of the turn of the century, feigning obliviousness to the double entendre in numbers like Mother Told Me So and There Are Fairies at the Bottom of Our Garden. As the country plunged deeper into the Great War, Londoners poured into the music hall to escape back to the Victorian age even as they howled at Lillie’s lampooning of it.

Lillie spent the next thirty years or so working in London and on Broadway, even forming something of a Rat Pack with the equally flamboyant Gertrude Lawrence and Tallulah Bankhead, also doing tons of radio and later television. “With one dart of her eyes,” said critic George Nathan, “she can spare a skit writer a dozen lines.”

All her powers of satire and sarcasm were put to brilliant use in perhaps her best film, 1944’s On Approval.

The movie took a long and winding road to completion, but boy, was it worth it: Clive Brook, who stars as a down-at-heel duke hunting for a rich wife, also produced the film, after adapting it from Frederick Lonsdale’s popular play. He moved the setting from the 1920s to the late Victorian era, when the subject matter—a trial marriage that eventually ropes in four wildly mismatched people—would have been much more shocking.

In the wrong hands, this comedy of manners could have turned sloppily broad or queasily coy—and the original director and his team just weren’t getting the right feel for it. So Brook, who’d also logged countless hours as a stage manager, fired the lot of them and grabbed the reins himself. The result of his lone effort behind the camera was what filmmaker Lindsay Anderson called “the funniest British light comedy ever made.”

The movie opens with newsreel footage of aerial battles and car chases. “Oh dear, is this another war picture?” intones Brook as the droll narrator.

Not quite, but “this is the age of speed and sound so much like war you hardly know the difference!”

With that, he beckons us to a simpler time… “Let’s go back to Grandmama’s day… don’t you think it was so much nicer? So much more stately and dignified? Women were women and they knew it! When they had finished their embroidery and needed a thrill of excitement, they could always unpick it and start again…”

The women, in this case, are Helen (Googie Withers), a winsome heiress (her father is a pickle magnate), and Maria (Lillie), a wealthy widow whose glances could wither a 40-foot oak. (Oh and her name is suitably pronounced “Mar-EYE-a.” As in “They call the wind…”)

The men—of “the very highest breeding and the very lowest income”—are George (Brook), the 10th Duke of Bristol, who’s leased his only asset, a sprawling manor, to Helen for the season, and his hapless friend Richard, who’s been carrying a sad little torch for Maria for years now but can’t buck up the nerve to do anything about it. Helen, meanwhile, is smitten with her outlandishly arrogant landlord. (This early scene sets the stage.) 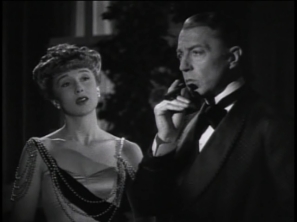 When Richard finally downs enough brandy to propose, Maria suggests a month-long trial at her country home, tucked away on a remote Scottish island. George and Helen join them, to chaperone and keep the peace, but nothing resembling peace ensues…

And so begin the romantic adventures of two of the prickliest people you’ll ever meet and two of the most soothing and accommodating—at least initially. As it turns out, the meek are very much a match for their mates. As Maria’s prospective husband, Culver is all wide-eyed wistfulness, until his eyes are opened even wider. And the luminous Withers, whom Michael Powell once described as “strange and provocative,” is wry perfection as she gradually realizes that her beloved isn’t merely striking a haughty pose; that’s who he actually is. (In a witty dream sequence, Withers is imagined as a Greek statue; the goddesses should be so lucky.)

Brook is hilariously irascible; he has the look of a man who smells something awful and takes it quite personally. And as the director of this fleet-footed farce, he generously gives everyone, especially Lillie, plenty of room to be brilliant. (This is an odd comparison, but it reminds me of Charles Laughton with Night of the Hunter; both he and Brook made one terrific film and never directed again.) 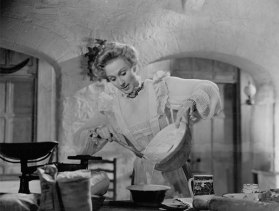 In something of a preview of his work on My Fair Lady, Cecil Beaton dresses Withers and Lillie in one fabulous Victorian confection after another. Lillie, especially, looks very much at home in her high collars and poufy sleeves. When she plants herself at the piano, elbows flying as she sails across the keys, and lets loose with a little number called I’m Just Seventeen, you get a sense of what she may have been like on the stage. She’s so lost in rapturous nostalgia, you can practically picture her rolling a hoop across Eaton Square.

On Approval also served as something of a tonic for Lillie, who was still reeling from the worst blow of her life. In April 1942, she was backstage waiting to entertain the troops when she got word that her only child, Robert, was killed when the Japanese bombed his destroyer. But with an audience of soldiers much like her son eager to see her perform, the heartbroken mother refused to let them down. Just before she took the stage, she turned and said, “I’ll cry tomorrow.” 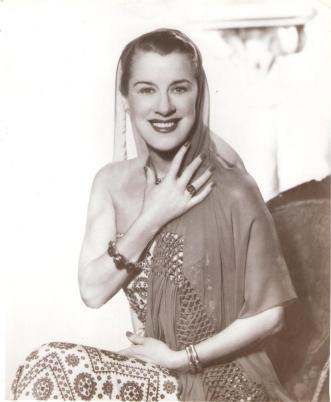