Welcome to another edition of Streaming Saturdays, where we embed a free, fun film for you to watch right here every week! 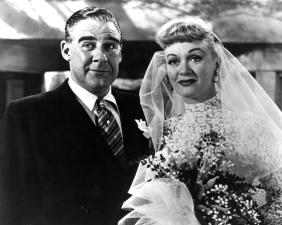 This week: Edmund Goulding’s 1952 anthology, We’re Not Married!  The premise borrows (okay steals) a page from Hitchcock’s Mr. and Mrs. Smith: five couples discover that through a technical error—in this case a Justice of the Peace who jumped the gun before his license was valid—they’re not legally married. (The bumbling clerk secured the job through his shady, politically powerful family named… wait for it… Bush.) In various stages of wedded bliss or lack thereof, the couples are: 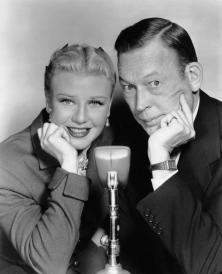 The snappy script was penned by Nunnally Johnson, whose credits covered the waterfront from searing dramas (The Grapes of Wrath, The Man in the Gray Flannel Suit) and noirs (The Woman in the Window) to action-adventures (The Dirty Dozen) and musical comedies (How to Marry a Millionaire, which reunited Monroe and Wayne). But 1952 was clearly his year for anthologies, which were all the rage at the time: that same year, he wrote the screenplays for Phone Call from a Stranger and O. Henry’s Full House. 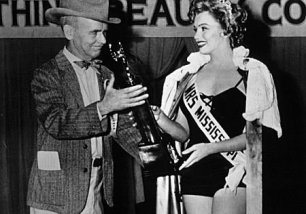 Rogers and Allen’s vignette was adapted from a skit he did on his radio show in 1946, where he played half of a bickering breakfast team with Tallulah Bankhead as his wife; the two revived the routine for her show in 1950. Allen also turned up with Oscar Levant in the hilarious Ransom of Red Chief chapter of O. Henry’s Full House.

Oh and by the way, the ten actors who make up the five couples were very much married—a total of 32 times. Allen, Bracken, Gaynor and Wayne were wed only once, but Zsa Zsa was something of a curve-buster, with nine trips to the altar. Rogers and Douglas were no slouches either though, with five each. When Douglas married his last wife, the fabulous Jan Sterling, he sighed, “If you go to bat often enough, you’re bound to get a hit.”